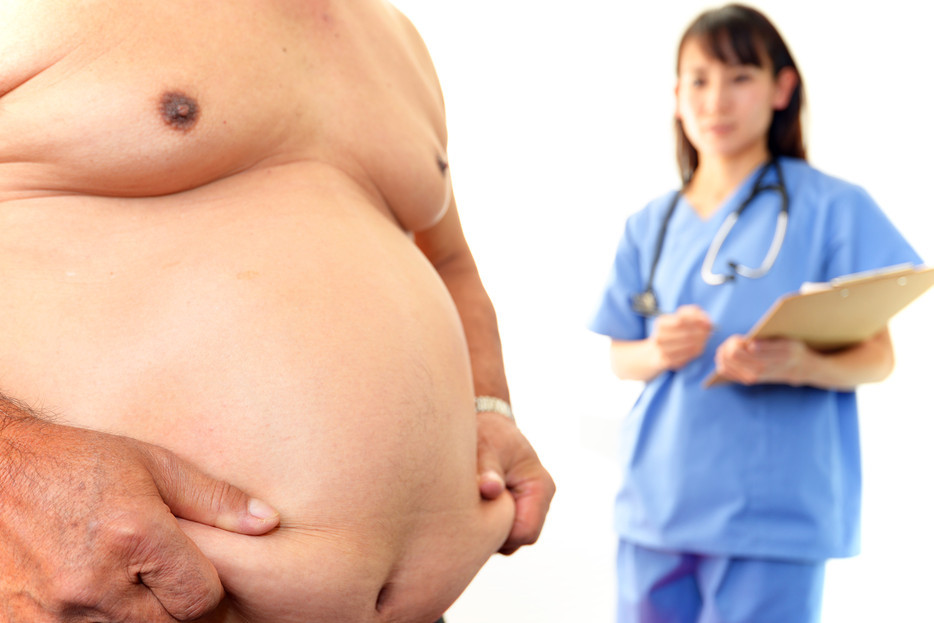 Endocrine obesity in the general group of obese patients is only 5%. Yes, oddly enough, such a small percentage. The remaining 95% is common primary obesity, that is, there is no endocrine disease at its core. Alimentary (food), constitutional (hereditary) obesity depends primarily on overeating! And not only yours, but also previous generations.

The endocrinologist is looking for these 5% obesity.

According to the classification, obesity is of 3 degrees. 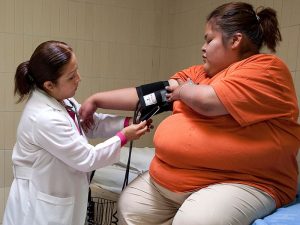 The classification is based on the measurement of BMI (body mass index). Incidentally, the index is not the most reliable for determining obesity, it is not used in people over 65 years of age (they are dominated by sarcopenic obesity, with bone loss due to osteoporosis, muscle tissue due to a decrease in growth hormone production), athletes, growing children, pregnant women.

The following endocrine syndromes that are significant for secondary obesity are distinguished:

medication due to the intake of antipsychotics, some antidepressants, etc.
Obesity after injuries, brain surgery.
Do not be intimidated by the scary names, the prevalence of these syndromes is not great. The first 2 syndromes are of greatest interest to endocrinologists.

Cushing’s syndrome and disease are associated with excess production of the stress hormone cortisol. It is always manifested by an increase in blood pressure, the appearance of burgundy stretch marks on the hips, abdomen and obesity.

Therefore, if the doctor offers you a test with dexamethasone, when 2 tablets of dexamethasone are drunk in the evening at 23.00, and an analysis for cortisol is taken in the morning, then this is just to exclude this syndrome. Patients with Cushing’s disease rarely have more than grade 2 obesity (BMI> 35).

Insulinoma – a benign tumor of the pancreas that produces a lot of insulin, is rare, but has a vivid clinical picture. The patient constantly experiences hypoglycemia and severe hunger on an empty stomach (blood sugar in such situations is below 2.8 mmol / l) and tries to seize it, which is why obesity develops.

Hypothyroidism, a lack of thyroid hormones, rarely gives a weight gain of more than 7 kg, it is simply corrected with L-Thyroxine.

Hypogonadism – a lack of sex hormones in men and women, is common – vivid examples of these conditions: menopause in women, VAD in men (age-related testosterone deficiency). It is easily treated with hormone replacement therapy.

Polycystic ovary syndrome is now familiar to many women, it is mainly hereditary, manifested not only by obesity, but also by menstrual irregularities and ovulation disorders, infertility. And most importantly, it occurs in women in whom most of the relatives had obesity, type 2 diabetes mellitus, hyperinsulenism and insulin resistance.

Conclusion, the basis of the disease is a violation of eating behavior in the family.

Hypothalamic obesity – caused by a tumor craniopharyngioma, this is a tumor that disrupts eating behavior, is treated only promptly, more often in children.

Pituitary obesity in the form of a prolactin-producing tumor or hormone-inactive macroadenoma, again does not give a weight gain of more than 7 kg. 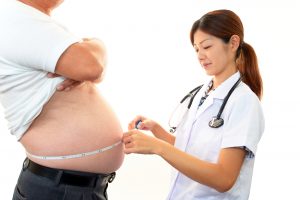 Prader-Willi syndrome, Alström syndrome, Bardet-Biedl syndrome, Babinsky-Fröhlich syndrome, Martin-Albright syndrome are more often established from early childhood and are associated with genetic mutations, many are accompanied by mental retardation. I will not dwell on them now.

Klinefelter’s syndrome, although it is common, is presented with a delay, is characteristic only for men and is associated with infertility. Therefore, it is so important to show the boys to the urologist on a planned basis during puberty.

5 separate syndromes at the end of the classification are now “leaving” use and such formulations of the diagnosis will no longer be used, although they were previously actively used.

Of course, there can be 2 and 3 endocrine diagnoses at the same time, then obesity will be of a mixed nature (for example, prolactinoma, primary hypothyroidism, hypogonadism, as a manifestation of menopause, can be combined). The endocrinologist will deal with “unraveling” this complex chain of diseases.

But the treatment of primary-alimentary-constitutional obesity is the niche of a nutritionist, a specially trained diet specialist and a psychologist, since such patients often suffer from different types of eating disorders: night overeating syndrome, bulimia and others.

The main question is – why is there so much “noise” around the problem of obesity?

But there is one surprising fact, a person can have obesity of 1-2 degrees and with active research he does not have any metabolic changes! Academician Galina Afanasyevna Melnichenko calls such patients “metabolically healthy obese”. It can only be assumed that metabolic changes in them develop a little later than in other patients, they have lower risks, first of all, of cardiovascular diseases https://en.wikipedia.org/wiki/Cardiovascular_disease, which, however, does not negate the need to lose weight.

You may ask, “what are you all about classifications and syndromes, what should a recovered person do?”

First, go to an endocrinologist and check for metabolic disorders, endocrine syndromes and complications. To resolve the issue of the need for drug treatment of these conditions. And then actively work with a nutritionist and, if necessary, with a psychologist to form correct eating behavior and, if there are no contraindications, with a fitness instructor.

Obesity is, unfortunately, a chronic disease. The “reserve type” of metabolism is characteristic of most of the population of our country. Correct eating habits guarantee not only your health, but also the health of your future children, grandchildren and even great-grandchildren.